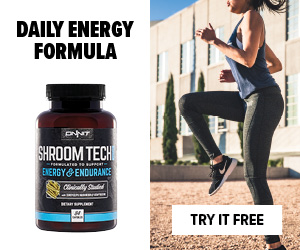 Battle your way through a visually-stunning realistic fantasy RPG with hundreds of Champions from 13 playable factions.

The realm of Teleria is under a shadow cast by the Dark Lord Siroth in the east. Answer the call of its immortal guardian, the Arbiter, and venture forth to stop him. To save the world of Teleria, you will need to recruit legendary warriors from the forces of Light and Darkness. Battle your way through a visually-stunning fantasy RPG with hundreds of mighty Champions from 16 playable factions. Make tough decisions and equip your Champions with powerful artifacts to aid them in their quest. Master strategies to vanquish dozens of bosses, slay dragons, and crush opponents in the PvP Arena. Join forces with fellow players in cooperative clan challenges as you seek glory. With each victory, you will reveal the world’s history, explore its many regions, and learn more about the threat assailing Teleria. To become a legend, you must do more than simply become a hero – you must lead! INTENSE PVP ARENA - Throw down the gauntlet and brawl with other players in fierce Arena battles. Two teams go in – only one comes out victorious. Set up strong Offense and Defense teams that will defeat your opponents to earn Medals and unlock incredibly powerful bonuses for your Champions. Being triumphant in the Arena will also speed up your progress through Raid’s PvE campaign and dungeon battles, offering one of the most cohesive combinations of PvE and PvP gameplay in the genre. If you win in the Arena, you win everywhere. Soar up the rankings to earn rare Items and the respect of your enemies. Smoke your competition, crush your opponents, and climb Arena Tiers to earn valuable Rewards. 300+ CHAMPIONS - Enlist the help of mighty warriors to fight against the minions of Siroth and your rivals alike. Remember that victory awaits those who can rally the right team. Secure the loyalty of Champions from various factions and stake your claim to honor. Approach Orcs, Undead Hordes, Skinwalkers, and Lizard Men to unite as one. Choose wisely since each of your warriors has a bunch of unique characteristics and skills that separate them from one another. Level up your Champions to increase their stats and make them stronger. Lead your party on a quest across the game map, fighting your way through castles, deserts, dungeons, and ancient temples guarded by hostile foes and potential allies. EPIC BOSS BATTLES - No warrior can fight a war alone. You must train your Champions to fight together. Mould them into living weapons and assemble the most epic raiding party ever seen. Whether you are raiding the dungeons for trophies or lining up together with your clan in a joint effort, you will face a variety of challenging bosses. Build the ultimate coalition of hearts and minds to bring them down. Vanquish these bosses for loot, XP, and special Champion drops! Cut down fearsome dragons, necromancers, golems, and other foul beasts as you advance through the campaign. Conquer the Fire Knight’s Castle, the Ice Golem’s Peak, the Spider’s Den, the Dragon’s Lair, and many more locations. Adventure calls! 1+ MILLION BUILDS - Play Raid your way! Choose development paths from different masteries and artifacts to give your Champions millions of possible builds. Like in the best old-school RPGs, you have full control over each of your champions’ attributes, strengths, and weaknesses. With a little time and strategy, you can nudge your Dragon Slayer towards support, defense, or damage dealer roles – whatever a specific challenge or boss calls for. Develop and rank up your Champions to unleash devastating special skills, epic AOE attacks, healing powers and more as you lead them in RPG combat. Victory goes to those who build the right teams with the right skills for the right battles. Find your strategy for success!